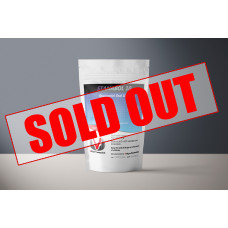 Winstrol pills are the more well-renowned compounds amongst athletes, whether sports or aesthetic-based. This fame stems from its use in the finals of the 1988 Seoul Olympics.

However, despite its rise to prominence in the late 1980’s, the use of Stanozolol pills have been a common occurrence in athletic circles since its development in the middle of the 20th century.

Winstrol, more commonly known as Stanozolol, or Methyltestosterone, is a chemically restructured form of the DHT compound. In its creation, it has had two main modifications:

1. It has had a methyl chemical group joined to the alpha position of the 17th carbon point of the structure.

This change has been made to prevent the substance from being deactivated from hepatic enzymes when it is ingested. It also affords the substance more power in its impact on the body.

2. The 3-keto chemical group at the A-ring of the drug has been replaced with a pyrazole group.

This has been done to increase the agent’s power while also reducing the androgen profile of the compound. But, it also means Stanozolol tablets have some unique effects on the body that are not seen in other, similar drugs.

The above modifications have led to the creation of a drug that has very specialised effects that make it a unique but also a surprisingly diverse compound that can be used for a variety of different goals.

Below, we’ll look at how these effects impact the body and what benefits this might infer for athletes looking to improve their aesthetic or fitness.

What Does Winstrol Do?

Winstrol (stanozolol) pills are taken orally and operate in a similar manner to related compounds. This is by interacting with androgen and related secondary receptors to change the signalling within the targeted cell, whether this is muscle, bone or connective tissue.

Overall, this change in signalling leads to some global changes in the body, including a substantial rise in protein production and retention, as well as an increase in the amount of nuclei, which are the control centers of the cell in each muscle fiber.

It also increases the amount of “satellite cells” that surround a muscle and help repair and growth. This means that, from an aesthetic or functional capacity, Stanozolol tablets can help boost size, and (perhaps permanently) raise an individual's potential for further size and strength.

The increase in lean tissue size also raises force and power output, which is the reason the drug was, and is, so favored by athletes in competitive environments.

The substance also causes an increase in the retention of some minerals and leads to an increase in bone density, which can help prevent fractures and fight osteoporosis and related bone diseases.

It also increases the manufacturing of red blood cells by the key, which could help improve work capacity in athletes, as well as prove useful in fighting anaemia.

While the above perks are present in all of these types of substances, there are a few unique benefits that Stanozolol affords users that are not easily found in similar compounds.

One of these is the ability of the substance to suppress certain binding proteins, such as SHBG, with some research suggesting it can cut levels in half – when considering that these chemicals bind up hormones like testosterone and prevent them from exerting their effects on the body.

So, this compound may help provide a stronger stimulus for the above benefits than other agents, particularly when combined with testosterone supplementation, as is often the case.

Also, along with allowing a potentially stronger stimulus, the compound may also reduce cortisol levels, which could lead to less stress and fat deposition.

Another unique perk is that the basic structure of the substance also means it cannot be converted into estrogen, as can be the case in most similar substances, so it will not contribute to fluid retention or fat deposition with use.

The structure of the oral substance also gives it a slightly longer half-life of 4 to 5 hours, meaning it will remain active within the body for a longer period than similar, more conventional agents.

The Stanozolol 10mg preparation, shown above, provides a 10-milligram dose of the active substance in every pill, which is almost double that which is usually prescribed for clinical purposes.

It is also a relatively larger dose per pill than most available preparations, with 5-milligram pills being the last common. This makes it an ideal choice for athletes who are looking to use the agent for sporting or aesthetic purposes.

Below, we’ll look at how the above preparation should be administered, and the commonly reported doses used to obtain the above benefits.

As can be seen above, Winstrol can have a number of favorable effects on the body that can make it an attractive option for athletes with different goals.

However, like with all drugs, the magnitude of its impact on the body, as well as the results seen from its use and the risk of undesirable events, depends on the dosage used.

This can vary based on a number of factors. For example, women, or highly sensitive individuals, would be advised to use a lower dosage than usual to avoid unpleasant effects, whereas more experienced users would likely need a higher dose to augment their progress, as they have both a higher level of androgen receptors in the body and a higher stimulus threshold.

However, for beginner males, a commonly reported dose of between 15 to 25 milligrams per day, which would equate to roughly two Winstrol pills each day.

This dose should, in most cases, provide a satisfactory increase in both lean tissue growth and consequent gains in fitness.

So, for those starting out using Winstrol tablets, a twice daily dose of 10 milligrams should be a sufficient amount, particularly if other substances are being used alongside it.

As mentioned, stanozolol is rarely implemented in the absence of a concurrent implementation of other agents, and could even cause some issues if this is the case, as will be explained in the next section.

So, almost all individuals would combine this with an agent such as Testosterone Enanthate.

In this case, winstrol 10mg tablets may be taken thrice daily for an overall larger dose than would be used during periods of weight reduction, which would follow the above section’s guidelines.

In these phases, winstrol pills would usually be combined with testosterone injections around once or twice per week, for an overall period of 6 to 8 weeks, as use exceeding this period could lead to some severe effects that are discussed further on.

As can be seen from how this drug interacts with the body, Stanozolol has a host of potential benefits that make it as sought-after as it has become.

As stated, these perks should all become prevalent with twice daily administration of a stanozolol 10mg dose, with a potentially higher dose needed for more experienced individuals.

However, while a greater dose of this agent may be required for seasoned users, it should also be noted that boosting the amount of Winstrol tablets taken in a day will also increase the risk of negative impacts, which are looked at below.

As is the case with any conventional drug, the use of Stanozolol will always hold a chance of certain adverse events occurring. As mentioned, this chance is increased with higher doses, excessively long use, or irresponsible implementation.

The possible undesirable impacts associated with Winstrol pills include:

This is accompanied by a larger heart size and a reduction in arterial flexibility, all of which increase the chances of a cardiac event.

These include oily skin and the occurrence of acne, along with a faster rate of balding in at-risk populations.

For women, this can also mean the chance of virilization, which is the development of male-like characteristics, like a deep voice, facial hair and square jaw.

For this reason, use of this agent is usually kept to 6 to 8 weeks, with a minimum of an equally long break between use.

Thus it is common, and even advisable, for many athletes to supplement with this hormone to prevent the many adverse effects of low levels in the body.

It should also be noted that unlike some similar agents, the above events cannot be managed with the use of accessory compounds, like a 5-alpha-reductase inhibitor, as the drug is processed differently.

So, while the Winstrol 10 mg preparation provided above can give a host of benefit to the user, the aforementioned events should be considered, monitored and managed to ensure no health issues arise and the best results possible are achieved.

What to Stack with Winstrol Tablets?

As stated, because Winstrol pills don't cause a concomitant increase in fluid or fat retention with its use, it is most commonly used when weight loss, or lean tissue growth, and maximizing physique is the goal.

So, Stanozolol is usually combined with substances that have a similarly specific effect on lean tissue gains, without fluid or fat increases.

These include products like Trenbolone, Anavar, Primobolan or, in rare cases, Turinabol, which have all been reported to have been used alongside this compound.

So, while the combination of different agents can lead to a greater risk of more unpredictable events, the diversity of this product could still be seen as another unique benefit to choosing this substance over others.